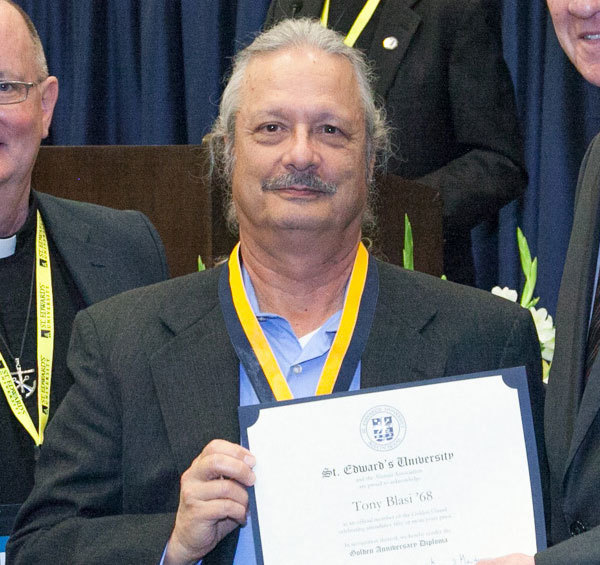 Interview Summary: Tony was greatly influenced by Brother Fabius Dunn, who wrote a history of St. Edward’s. Dunn was a pacifist, and encouraged Tony to join anti-war protests and demonstrations for farm worker’s rights. Blasi considers Dunn to be a polymath and taught him many things while at the university. In addition, he was a part of the “student brother” program at the university that would prepare students for the brotherhood. He went on to work for his P.hD. at Notre Dame and realized that he did not want to continue his path to become a brother. Instead, he went on to teach at St. Anselm’s College in New Hampshire. Blasi is a writer who focuses mainly on the topics of sociology and religion. His most recent book focuses on the sociology of the early Christian movement.