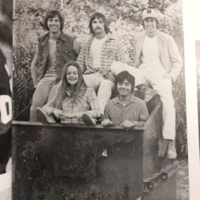 The Sixties and Seventies were the decades of profound cultural change throughout America due to events such as the Vietnam War, Civil Rights, Women's Movement, and the acceptance of drugs. As a result, many students in higher education in America changed the culture on campus. But how did the social climate of the 1960s to the early 1980s influence students at St Edward's University? And how did the student culture evolve?

St. Edward’s University students became more outspoken for their values and beliefs on campus due to the social climate during the 1960s and early 1970s, which resulted in changing campus culture, by creatings clubs, organizations, and being able to speak about issues in the student newspaper. However, in the late 1970s and early 1980s, resulted in most of the students becoming more reserved in their personal values, beliefs, and issues. Students were seriously focused on academics of the college.

A Fight for Rights: Student Activism at St. Edward's University 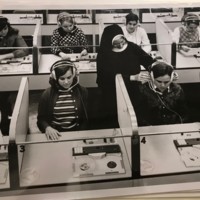 Student activism in the mid to late twentieth century created a turbulent climate for university students and administration. The Civil Rights Movement set up a new paradigm through which students were able to model their activism after. The Free Speech Movement, Second Wave of Feminism, and Anti-Vietnam War protests were all spearheaded by students demanding changes to institutionalized discrimination and injustice.

Activism throughout the country took the form of protests, walkouts, and sometimes even shootouts. However, at St. Edward's, activism took its form through public criticism of the university in the school newspaper. Administrative response to vocalizations of these criticisms is what deterred activism on campus from escalating. In part, this is due to the Joint Statement endorsed by St. Edward's. In 1969, the Student Handbook outlined the rules for activism on campus. Although the school embraced student freedoms, it prioritized the rights to teach and learn. If activism took the form of disruptive protests, the students involved would be penalized.[1] Due to this, the newspaper became the best platform for student activism. Publishing an article meant more than making information available, but rather it was a call to action for the university to respond to the petitions of students.

Although it may seem like these movements happening across the country may have been inconsequential to a small Holy Cross University tucked away in Austin, Texas, the response of St. Edward’s University to student activism on its campus has led to the inclusive and diverse community present today. Student activism at universities in the ‘60s and ‘70s led to an increase in diversity of the student population, increased the inclusivity of minority groups, and changed the priorities of the university administration. St. Edward’s students followed this path through their public criticism of the university, and attempted to push for a more inclusive collegiate community and transparent administration. 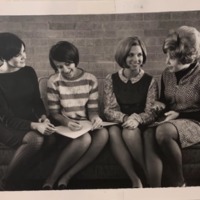 As institutions of higher education, St. Edward's University and Maryhill College valued the differences between men and women, as well as appreciated the similarities between the values, interests, and needs of these students during the mid-twentieth century. Though the administration tried to put into practice the blending of a co-educational campus, societal expectations of women and the ideologies of "separate spheres” directed the lives of female students and tainted the experiences of women on the Hilltop. 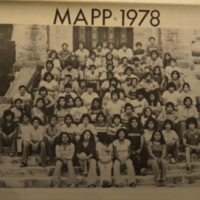 For decades migrant workers have been unseen, unheard, and mistreated despite being an essential part of our nation's economy. A combination of unfair pay and lack of opportunities and resources has kept these families trapped in poverty and lives of hard work with little to nothing to show for it. However, in the mid-970’s the first step towards changing this was taken by implementing the first program of it’s kind, known as MAPP/Estima. Designed to expose Texas high school migrant students to a university-level curriculum and occupational opportunities, the MAPP/Estima programs made St. Edward’s University in Austin, Texas the center point for this advancement in equal opportunity education and the rise of available opportunities for future migrant students. 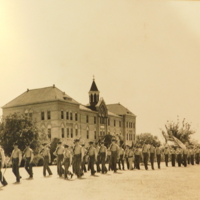 With the outbreak of World War II, private Catholic high schools across the nation converted into military academies that operated as training and research facilities for the National Guard. There was a profound demand for high school aged men to receive formal military training to aid in the war effort.To meet this demand, St. Edward’s High School proudly took part in this responsibility by transitioning into a military academy to educate and train cadets for when the time came to replenish the ranks of service. “Americans now realize, I believe, the folly of neglecting peacetime military training, and most probably will so provide against the state of unpreparedness with which we have entered every war in our history. St. Edward’s, with its exceptional possibilities and contacts, will be prepared to take a leading part in training men under the National Training Program.”[1]  From 1943 to 1946, Cadets at St. Edward’s Military Academy were transformed into educated and competent leaders, by instilling formal military discipline, training them in modern warfare, and having them strive for academic excellence. During their time at St. Edward's, cadets gained extensive training that helped augment the depleted manpower of the Texas State Guard and became a valuable asset to them for the duration of the war. 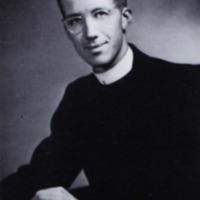 The date is October 11, 1962, the setting is Rome. Pope John XXIII convenes the first meeting of the Second Vatican Council, officially opening a series of meetings, the likes of which had not occurred in at least a century. The Second Vatican Council aimed to modernize an institution still set in medieval times, bringing it in line with the modern world.

The changes at St. Edward’s University from during the 1960s reflected this paradigm shift in the new curriculum models, religious services, administration practices, and student experience on campus.

The intent of the following pages is to chart how St. Edward's transitioned from its antiquated practices into a modern era introduced by the Second Vatican Council.

When the Going Got Tough: St. Edward's University During the Great Depression 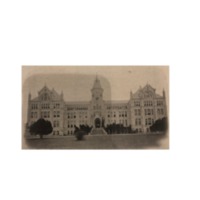 On Thursday, October 24th, 1929 the New York-centered stock market crashed. Following years of rapid economic expansion during the Roaring '20s came a crashing halt; the ensuing instability following the crash would become infamously known as the Great Depression. Many Americans were left impoverished on account of the reverberating effects that echoed beyond state lines. Most pervasive, though, was the sentiment of uncertainty.